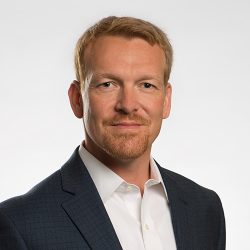 Tai Cripps, President of Arlington Construction Services (ACS), oversees the construction and asset management of all multifamily, retail and condominium developments within Arlington’s portfolio and for third-party developers. Tai administers the hiring and management of ACS’ skilled professionals who bring years of knowledge and experience to each project. His ability to connect and communicate with people has allowed him to create unified, powerful relationships that are built on the commitment to provide client satisfaction. Tai draws from his diverse and broad-based experience of working in numerous states, municipalities and markets, each with unique building requirements, to construct high quality construction projects through a straightforward approach and timely completion.

Prior to joining Arlington, Tai spent his career in various roles including Field Engineer, Project Engineer, Project Manager, and Business Development. In these roles, Tai was involved with numerous multifamily, student housing, military housing, and mixed-use developments across the nation. In 2008, Tai joined Arlington Properties, Inc. as Construction Manager for the development team. After transitioning to ACS, Tai was named Vice President in 2010 and President of ACS in 2015.

Tai attended the University of Oregon.

Tai supports the Legacy Foundation and United Way through civic contributions and volunteers for Habitat for Humanity, Pathways, House of Hope, and the Church of the Highlands. In addition, Tai served on the advisory board for the Holy Family Cristo Rey High School and on First United Methodist’s Child Development board.